Developed for Living with Machines

The British Library holds over 700 million pages of historical newspapers. As this collection is digitised, how can we balance cost, speed, and historical interest when choosing which titles to digitise next? Developed as part of the Living with Machines project, Press Picker is a new tool for making sense of the British Library's newspaper holdings.

Press Picker shows the undigitised titles and the different formats they are held in (hardbound volumes shown in red, or copies on microfilm—a kind of film reel—in black/dashed). For each title (eg. The Times or The Blackpool Herald) a small line graph shows the number of holdings per year. Format is important for planning digitisation; the hardcopy volumes take longer and cost more to digitise and there can be delays if conservation is needed.

How to read Press Picker

You can read more about Press Picker on the Living with Machines blog.

How to read Press Picker 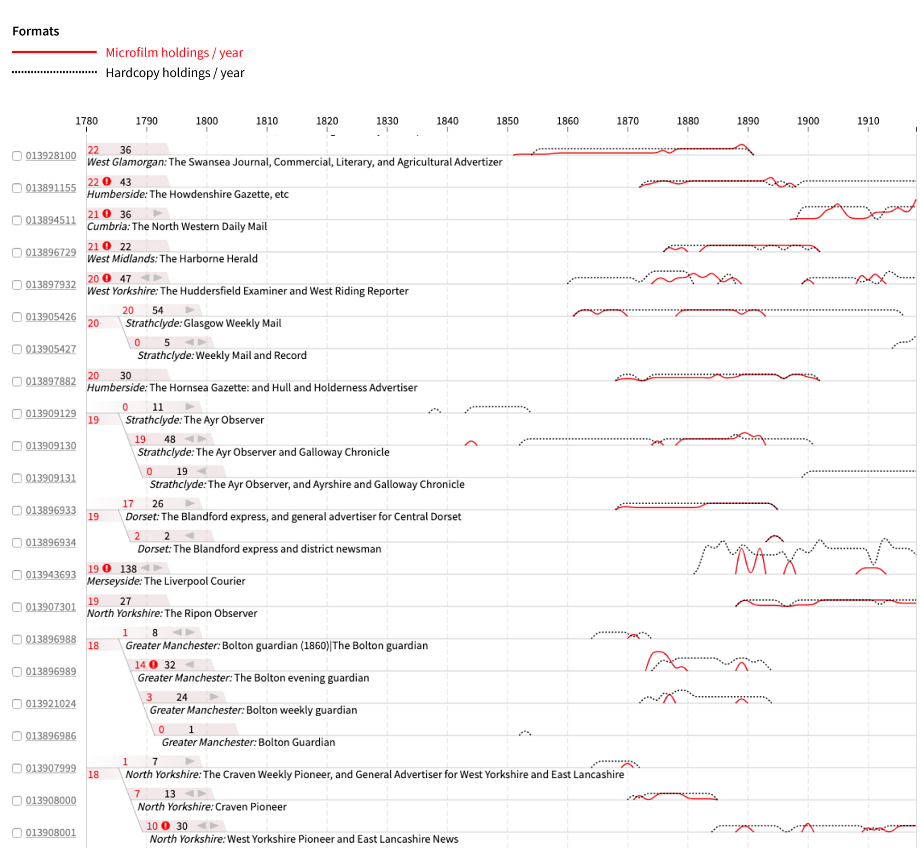